On Mar. 24, 2019, the inaugural meeting on the Youth Science Group of the Popular Medical Writing Committee, CSWA & 2nd session of serial salons on Prospering Popular Science Writing in Support of Innovation and Development were held in the Peking University Health Science Center. Zhang Zhimin, Deputy Secretary-General of CSWA, Duan Zhiqin, Deputy Director of the Committee, and Xie Xiaohui, associate professor from the School of Pharmacy, Peking University, etc. attended the meeting.

During the opening ceremony, Xie Xiaohui, in her capacity as a host, welcomed the experts and scholars for the meeting, and, from her years of experience in research and teaching, shared her reflections on popular science and expressed her eager expectations for the future of the Youth Science Group. Duan Zhiqin read out the approval document on the establishment of the Mother and Child Science Group and the Youth Science Group under the Committee. The Youth Science Group consists of 35 full members. Wu Yibo from the Department of Pharmacy Administration and Clinical Pharmacy, Peking University School of Pharmaceutical Sciences, serves as the Director, and the Deputy Directors include Chen Liang from Beijing Tiantan Hospital, Capital Medical University, Liu Guosheng from Every One is Well, Li Jin from Shandong Freda Pharmaceutical Co., Ltd., and Zhang Chichen from Shanxi Medical University. On behalf of the CSWA, Zhang Zhimin congratulated on the establishment of the Youth Science Group, and expressed his respect for the medical workers actively engaged in popular science writing. He hoped that everyone would produce more quality science works to better serve the masses. Wu Yibo reported on the background and preparations for the establishment of the Youth Science Group, as well as the plans in 2019 with regard to organizational development, talents development, popular science writing and dissemination, and research on scientific theories, etc.

The following Prospering Popular Science Writing in Support of Innovation and Development Salon fell into two sections, namely health science theory and health science practice, during which a total of eight young scholars spoke. Zhang Zhichen, associate professor from Shanxi Medical University, lectured on Innovation and Application of Behavioral Change Theories in Health Communication, Xu Xin from Peking University delivered a speech on Delphi Method-based Study on Scientific Evaluation Standards for Popular Science Works, and Jia Shuxian from Qilu Medical College, Shandong University spoke on An Introduction to the Sub-projects of Major Projects of the National Social Science Fund: Analyses of Current Status, Causes and Trends of Doctor-patient Relationship against the Background of Big Data. Meng Jinyi from Harbin Medical University and Liu Guosheng, Editor of Every One is Well, briefed on Netizen’s needs for Popularization of Genetically-edited Babies Based on Search Data and The Roles of Traditional and New Media in Health Communication, respectively. In addition, other reports included Application and Exploration of 3D Animation, VR and MR in Medical Science by Chen Liang from Beijing Tiantan Hospital, Engaging in Medical Sciences that More People Like - Medical Science Illustrations by Liu Kaiqian from Peking University Third Hospital, and Nutritional Science and We-Media Communication by Chen Ran from the Nutrition and Health Branch of China Knowledge Center for Engineering Sciences and Technology. 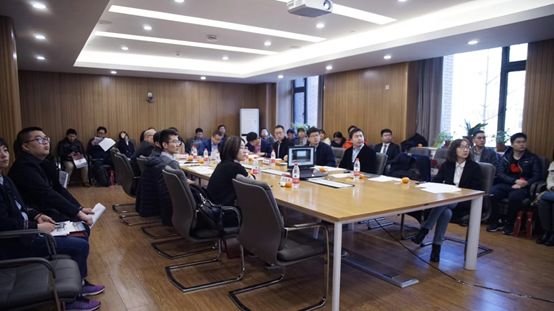 Venue of the Salon

The roundtable forum focused on two topics: How to Build a Highland for Health Science Theory Research and How to Do a Good Job in the Operations of the Official Platform “Medical Voice by Youth”. In the first topic hosted by Zhang Zhichen, the experts, by combining their own work, scientific research, popular science experiences and the speeches by the scholars in this meeting, discussed the current development status of popular science, reviewed the various problems encountered in the past regarding popular science, and proposed many constructive opinions with regard to the timeliness and professionalism of popular science. In the second topic hosted by Chen Liang, the experts shared their views from the perspective of channels for the dissemination of popular science, popularity promotion, cost investment, sincere cooperation, theoretical formation, professions and literature and art, etc., whereby the participants reaped no little benefits. 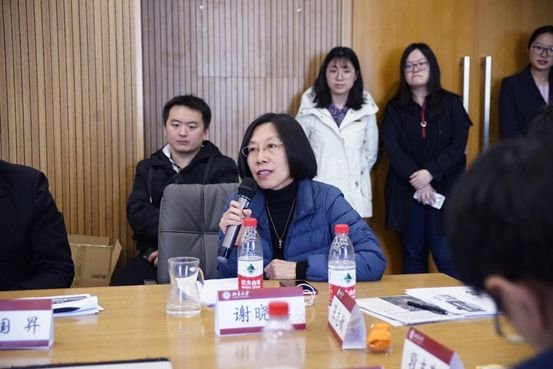 Xie Xiaohui from School of Pharmacy, Peking University was speaking

Wu Yibo delivered a concluding speech at the end of the meeting, expressing the Youth Science Group’s spirit of Making Medical Voices with the Collective Strength of Youth and the desire to build a highland for medical science popularization.