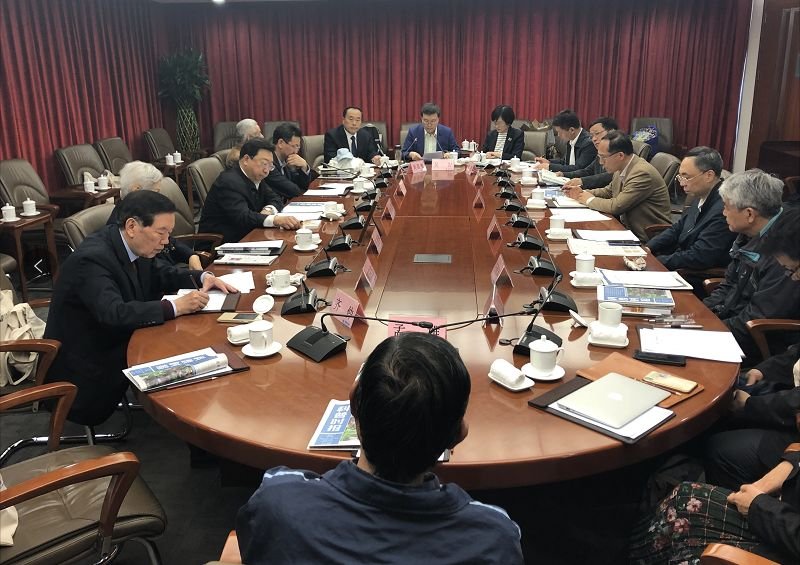 Venue of the symposium

At the meeting, Madam Wang Mailin presented the certificate to Guo Yuefang, winner of the 3rd “Wang Mailin Award for Science and Literature & Art Creation” activity. In the ensuing speech, Madam Mailin recalled her path of popular science. She argued that the popularization of science should take into account the expectations and the needs of the masses, and that dissemination of science in the form of literature & art is popular among the public and very effective. In the meantime, she pointed out that reality-oriented science creation focused on rural areas and peasants merits studies and attention, that it should be advocated, and that more support should be in place. 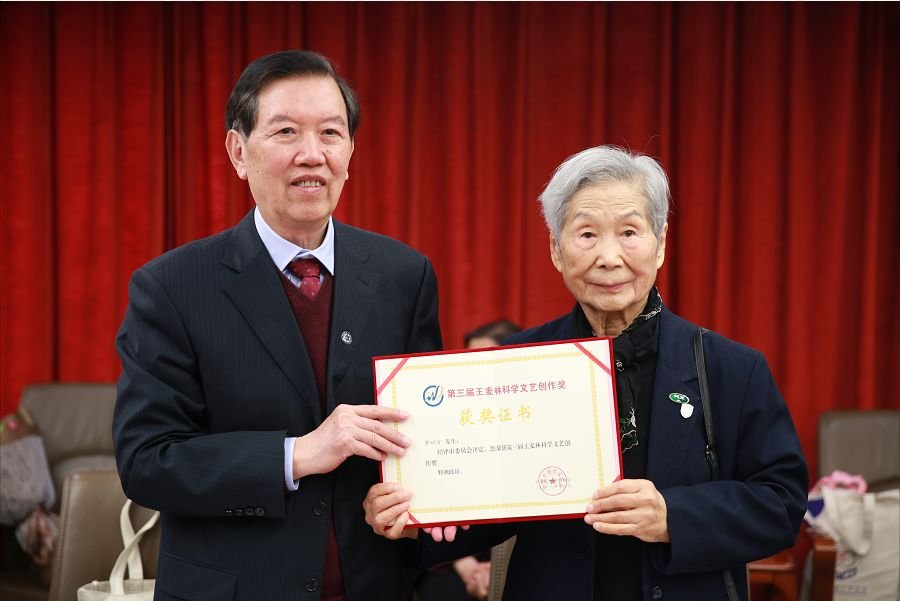 Secretary Xu Yanhao spoke after the live speeches. At the outset, he, on behalf of the China Association for Science and Technology, expressed his deep gratitude and respect to Madam Wang Mailin for her outstanding practice in science creation and noble spirit of selfless dedication, and proposed to learn from Wang Mailin’s spirit from the following three perspectives. Firstly, we must profoundly understand and learn the connotations and values of the spirit of Madam Wang Mailin in the current era. Madam Mailin is a model intellectual who cares about the masses of her country and an outstanding model of her commitment to the cause of popular science and practicing her mission. Scientific and technological workers should learn from her selfless dedication, morality, rigorous attitude towards science, diligence and dedication in science creation, especially comrades engaged in science creation. Secondly, we need to give full play to the hereditary and leading role of Madam Mailin’s spirit in the field of popular science. To inherit her spirit, we need not only to build and make good use of the science creation team, but also mobilize, attract and encourage more scientific and technological workers to engage in science creation, so that science creation can be active and flourishing constantly. Thirdly, we should develop a profound understanding of the new requirements and expectations for popular science, and shoulder the historical mission of science creation in the new era. This year marks the 40th anniversary of the establishment of CSWA. It is expanding continuously and its working mechanisms are improving day by day, bringing together outstanding science writers and enthusiastic popular science writers in China. In the new era, CSWA needs to, under the guidance of Xi Jinping’s thoughts on socialism with Chinese characteristics, promote and publicize vigorously the deeds of outstanding science workers, like Madam Mailin, so that the majority of scientific and technological workers can realize that they can make a difference and contribute to popular science. By doing so, they will promote the scientific literacy of our citizens, give a boost to the prosperity of socialist culture, and continue to play a greater role in the great journey of realizing the Chinese dream. 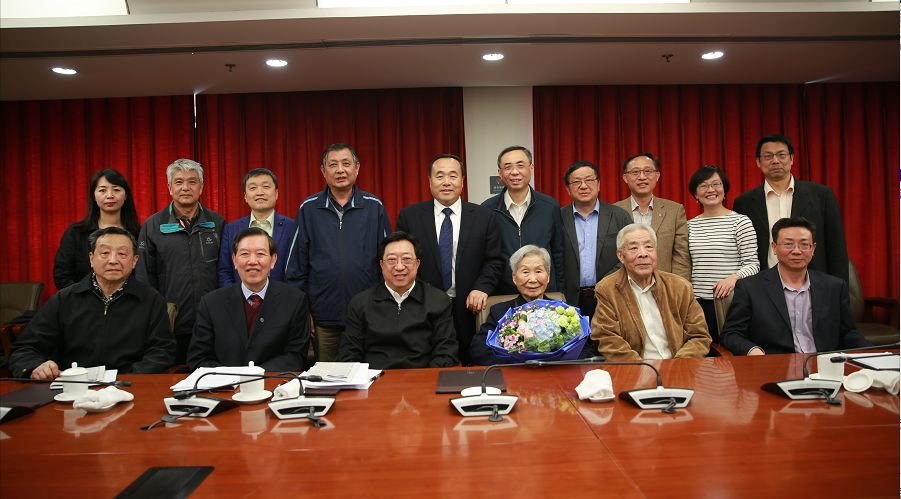 The attendees were posing for a photo.

At the end of the meeting, Academician Zhou Zhonghe, once again, expressed his sincere gratitude and respect to Madam Mailin’s contribution to CSWA. He emphasized that the symposium of the Wang Mailin Award for Science and Literature & Art Creation represents an important portion of the series of activities on the 40th anniversary of the establishment of CSWA. CSWA will implement and pass on Madam Mailin’s affection for science and the masses and her selfless dedication to the future development and specific work of CSWA, in a bid to promote the innovation and development of the cause of popular science in China and elevate it to a new level.