On September 17, the Popular Science Education Committee, CSWA (hereinafter abbreviated as the Committee) convened a symposium on the 1st anniversary of the establishment of the Committee in Beijing, with a theme of My Heart Goes on in Spite of Eclipse of Time. Such leading experts as Mr. Dong Guangbi, senior researcher of the Institute for the History of Natural Science, Chinese Academy of Sciences, Mr. Wang Yusheng, member of the National Education Advisory Committee & former head of China Science and Technology Museum, and researcher Wei Yushan, director of CIPS, and some winners (representatives) attended the symposium. Copy editor Yang Duowen, secretary-general of the Committee, presided over the symposium, during which the attendees appreciated the achievements of the Committee in the field of science education and writing since its inception, expressed their views, and placed high hopes on the development of the Committee in the future. 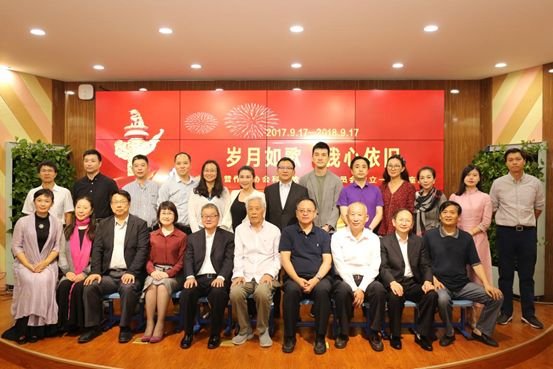 Attendees were posing for a photo. 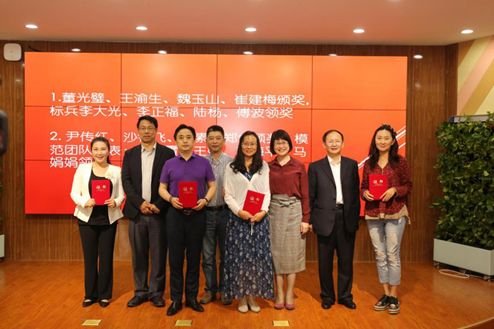 Dai Haiping (3rd from left), Chairman of the Anhui Science Writers Association, received the exemplary team honorary certificate on behalf of the Meeting Affairs Group for 2017.

The Committee, established on September 17, 2017, is affiliated with University of Science and Technology of China and Time Publishing and Media Co., Ltd., with its 63 founding members from 16 provinces and municipalities (regions) as well as the Macao Special Administrative Region. The number of its members, who come from all across China, has been increased from 86 to 254 within a year, constituting a strong force in the field of domestic popular science education. These members have scored fruitful outcomes in the field of popular science education and writing, which are well acclaimed by the public, especially teachers and students from schools and universities.