The the initial evaluation of the 2nd "Wang Mailin Scietific Literature Writing Award has been completed. Based on the Detailed Rules for the Interpretation of the Approach to Evaluation of Awards, the initial evaluation committee has elected the top five candidates by strictly following the principles of openness, fairness and justice, and hereby makes a disclosure in accordance with the requirements. 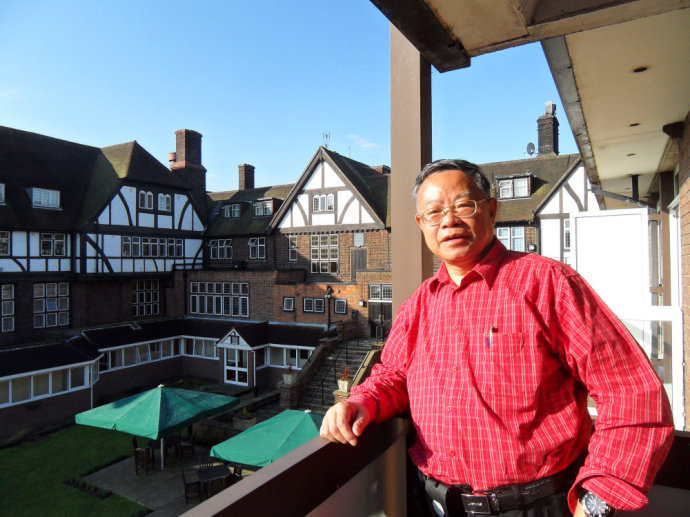 Ye Yonglie, born in Wenzhou, Zhejiang in 1940, is a famous popular science, science fiction and biography literature writer. He has written up to 10 million words of science fiction, science fairy tales, science sketches, biographies of scientists and scientific education-associated film scripts, etc., and serves as an honorary member of the Science and Literature Committee, CSWA. Ye Yonglie was admitted to the Department of Chemistry, Peking University in 1957, and he embarked on scientific literature writing during his college life. His first scientific essay the Carbon Family was published in 1960, and at the same time, he participated in the writing of Knowledge for the Students (1st Edition) and became the main author of the book. Ye Yonglie’s scientific sketches and scientific essays were simple and lively, and vivid in contents. Therefore, many newspaper offices across China solicited contributions from him or selected his writings. He also published many science essay anthologies, such as After Burning and the Flower of Knowledge, etc. After A Hundred Question Marks, to be a Horse Firstly, and Art and Science, etc. were included into the national unified Chinese textbooks, and One Hundred Stories about Scientists was recommended by the Ministry of Education as a must-read article for primary and secondary students. In addition to scientific essays, Ye Yonglie’s scientific fairy tales were also very unique. In 1976, Ye Yonglie wrote petroprotein, the first science fiction in China after the Cultural Revolution. In 1978, Ye Yonglie shocked the scientific literature field in the new era with his long science fiction novel Little Smart’s Travels to the Future, which became popular immediately after publication and the total volume of copies exceeded more than 3 million. With this, Ye Yonglie became spokesperson of China’s science fiction novels. In 1979, his biographical literature work Grandfather Gao Shiqi was published, which opened the door of biographical literature for him. Ye Yonglie’s interest in biography persists, and his latest scientific literature biography is Approaching Qian Xuesen, which was published in 2009. As the director of the Shanghai Science and Education Film Studio, Ye Yonglie also created many important science and education films. In 1980, he filmed Under the Traffic Lights, which won the 3rd China Film Hundred Flowers Award. Not only was Ye Yonglie engaged in writings, he also an organizer, promoter and theoretical explorer of the Chinese scientific literature field. In the early 1980s when he served as the vice chairman of the Science and Literature committee, CSWA, he edited Materials for Science Fiction Writing, which was of important reference values for writers’ writings. On scientific literature, which adapted according to his speech during his lecturing tour across China teaching young science writers to write, still an academic writing that occupies an important place in this field. The reportage work Rights and Wrongs of Cinderella, which recorded using detailed documents the whole process of how the Chinese science fiction literature flourished and declined after the crush of the Gang of Four, is an important reference for research on this field. Ye Yonglie’s scientific and biographical literature writings had been received many awards, including the China Movie Award, China TV Golden Eagle Award, China’s top 10 Biographical Literary Writers, the Golden Dragon Award for Chinese Literary Artists and the Best Biographical Literature Award, etc. In view of Ye Yonglie’s outstanding contributions to the field of scientific literature, the China Association for Science and Technology and the Ministry of Culture jointly held a ceremony in Beijing to grant Ye Yonglie the title of Advanced Science Worker. 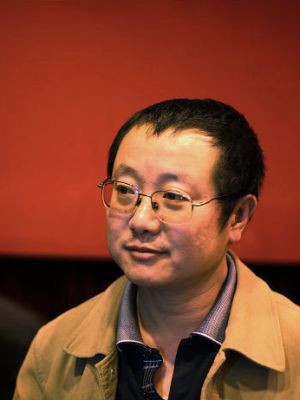 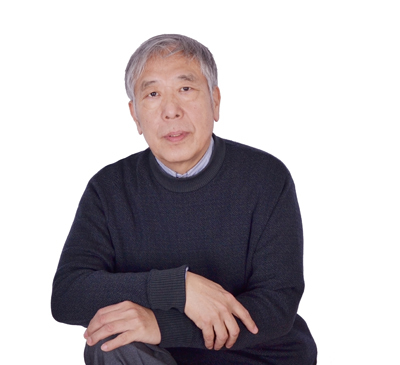 Wang Jinkang, born in Nanyang, Henan in 1948. He is a famous science fiction writer of more than 5 million words of science fiction novels and serves as an honorary member of the Science and Literature Committee, CSWA. Wang Jinkang was once a senior engineer in the oil system, while he began science fiction writing in 1993 because he told his 10-year-old son a story before going to bed and recorded and published it. His maiden work, Return of Adam, was published in 1993, and in the same year, he won the 1st Galaxy Award for Chinese Science Fiction. Since then, he has won a serious of awards by virtue of his short stories Skyfire and Song of Life, etc., and by 2014, he had won the Galaxy Awards for 18 times. Wang Jinkang’s works, which are unique in the Chinese science fiction literature community, are desolate and depressing in styles, while they are full of strong philosophical implications. He is good at tracking the latest scientific discoveries and makes a clear inference based on real and reliable science, thereby revealing the powerful alienation capacity of scientific progresses on humans. However, his eulogy of science is often accompanied by lingering anxieties. Wang’s works are cool and smooth in words, delicate in structures, and ingenious in ideas. He is adept in setting suspense, and his works are highly readable to all. So far, Wang has published 87 short stories, and 47 long novels and short story collections. Furthermore, Wang is the winner of the Nebula Award for Global Chinese Science Fiction for Long Novels and Best Writers. In 2013, his long novel Gu Shu won the Special Award of the Great White Whale World Cup Fantasy Children’s Literature Award. Wang won the Nebula Award for Global Chinese Science Fiction for Lifetime Achievement in 2014, and the Tencent Literature Award in 2015. His short stories, such as the Beekeepers, Carlos Rojas and Song of Life, have been translated into English and Italian and published. 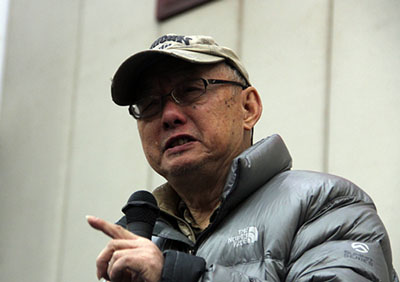 Liu Xingshi, born in Deyang, Sichuan in 1931. He is a famous popular science, science fiction and children’s literature writer, and boasts 307 works in such fields as science fiction, science sketches, science fairy tales and science and education films. Liu Xingshi graduated from Peking University, and he served as a teacher, advisor or emeritus professor in the Peking University, Huazhong Normal University and Chengdu Geological University (Chengdu University of Technology), etc. as well as the honorary director of CSWA. Liu Xingshi began to embark on popular science and science fiction writing since he was an undergraduate. His first science fiction underground hydro-electric station was published in 1961, and in 1979, his long novel sea eyes was published. Liu’s representative work Columbus from America, which was published in 1980, recounted a story of how the brave young man crossed the Atlantic Ocean through canoeing and proved that the American Indians might have crossed the ocean to reach the Old Continent before the Europeans arrived in the Americas. Liu Xingshi’s science fiction works are beautiful in words and full in characters. Besides, his science fiction works include the Dead City Legend and A Flying City published in 1980, Hey, the Sea published in 1981, the South China Sea Wreck published in 1982, Missing Routes published in 1985 and Sinbad’s Space Travel published in 1989, etc. In the field of children’s literature, Liu Xingshi advocates the principles of truth, kindness and beauty, and believes that beautiful artistic conceptions and words, true emotions and knowledge, and a good spirit and pursuit have a subtle effect on the growth of contemporary children. He also holds that entertaining writings based on gimmicks should be reduced, and that all kinds of unhealthy tendencies harmful to children should be resolutely resisted. Under the guidance of this thought, Liu Xing Shi’s scientific fairy tale Little Hassan and Huang Feng Guai won the 1954-1979 2nd National Children’s Literature Writing Award. Besides, the science fiction art film My Friend Dolphin written by Liu Xingshi won the 12th Italian Giffoni International Children’s Film Festival Award for Best Honor and the Presidential Silver Medal of the Republic of Italy. The scientific essays by Liu Xingshi are meaningful, and are rich in contents. In 2008, the science essay series he published titled the Chinese Nature Told to Our Children won the 2nd National Prize for Progress in Science and Technology. In addition, Liu Xingshi won the Chen Bochui International Children’s Literature Award, and his works were recommended by the National Red Scarf Book and Newspaper Reading Medal Activity, etc. Altogether, he has been awarded for 151 times at home and abroad. In 2012, Chengdu University of Technology established the Liu Xingshi Popular Science Workshop, which was also listed as the National Demonstration Team of Science Writing and Product Development of the China Association for Science and Technology. In 2016, Liu Xingshi was included in the “Chinese memory” scholar series list by the National Library. 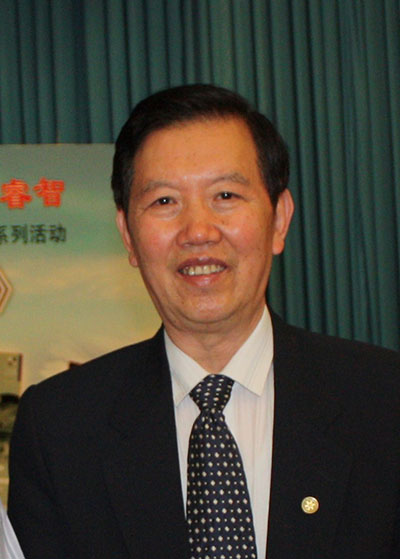 Guo Yuefang is a famous scientific poet, journalist, science writer as well as a senior editor. He is now president of the Federation of Literary and Art Circles, Chinese Academy of Sciences, and once served as the secretary of Chinese Academy of Sciences Party Committee, editor-in-chief of the China Science Journal, the deputy director of CSWA, and chairman of the Committee of Science and Literature. At present, Guo Yuefang has published more than 90 works of science poems, proses, documentary literature works, popular science works and painting- and calligraphy-related works. For many years, Guo has been committed to the writing of scientific poems, and the poems he has written with the life of scientists as the main contents constitute a unique landscape of Chinese scientific literature. His first scientific collection of poems Songs to the Nature were published in 1983, and he published Melody of Science, Leap, China and Sonata of Life throughout the 1980s. From the 1990s to present, his representative works of scientific poems included Guo Yuefang’s Poems, Ode of Science Spirit (in cooperation with Zheng Peiming), Wonderful Life-Ode to People’s Scientists and Ode to Republican Scientists, etc. Guo Yuefang also dabbles in film literature, creating such film and television drama scripts as Outstanding Machine Translators, the Advancing Chinese Academy of Sciences and Glorious History. Besides, he is one of the contributors to the CCTV Spring Festival Galas. At present, Guo Yufang has presided over or participated in the editing and publishing of more than 250 popular science writings. Furthermore, he has won several national and provincial and ministerial level book awards, including the Nomination Award of Beijing Life Achievement for Disseminators of Popular Science, Excellent Science Writer of CSWA, and the title of Outstanding Poet of the Poetry Institute of China, etc. In recent years, Guo Yuefang has been invited to many areas of China to hold poetry readings, which draw the praise of a large number of readers and listeners.