On the afternoon of March 30, the 1st Global AI Art Competition (GAAC), a wonderful collision between AI and human creativity, was launched in Beijing, and the press conference for the Competition was held at Tsinghua University. GAAC, jointly initiated by Arts & Science Research Center and Arts and Technology Innovation Base of Tsinghua University, Yiping Network and Innoangel Fund, aimed to create a brand new AI art field through the cross-border integration of AI and artistic creation, thereby tapping the values of AI & art industry. Science Wiring, a publication of China Science Writers Association, attended the activity as a media supporter.

During the press conference, Fu Zhiyong, representative of the sponsors of the Competition and Director of the Arts and Technology Innovation Base of Tsinghua University, Kong Zhong, founder of Yiping Network, and Li Zhu, founder of Innoangel Fund, spoke on behalf of the academic, artistic, and venture capital fields, respectively, expressing their affirmation and expectation of the concept of AI art and both the foresight and future of the Competition. GAAC has built a innovative display and competition platform for cross-border integration, learning and exchanges of S&T, commercial and academic institutions and groups engaged in AI and artistic creation, which boosts AI art and ushers in a new era of human civilizations. 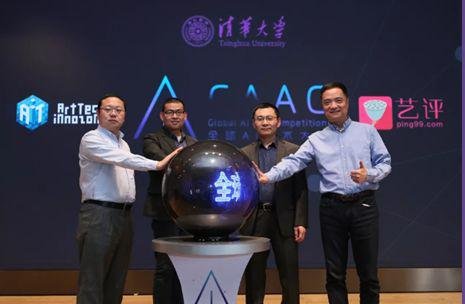 Site of initiation of 1st GAAC

Event theme-based interviews, which were also incorporated into the press conference, were hosted by Wang Xudong, Vice Chairman of the Executive Committee of GAAC. He conducted interviews on such topics as art, music and literature with such experts as Fu Zhiyong, representative of the expert team and Director of Arts and Technology Innovation Base of Tsinghua University, Kong Zhong, founder of Yiping Network, Li Yinghai, a senior marketing person, Qin Jingyan, a well-known young scholar in the field of Design and Professor from the Department of Industrial Design, Beijing University of Science and Technology, Yin Chuanhong, Editor-in-chief of Popular Science Times and Deputy Secretary-General of China Science Writers Association, Huangshi, Associate Professor at Communication University of China, director, game designer and science fiction writer, Liu Mengxi, founder of FUTUREFORM, Yang Weimin, a well-known marketing communications expert and industrial investor, and Zhou Zhanggui, a well-known commercial strategy expert and No. 1 person of business practice investigations of China. 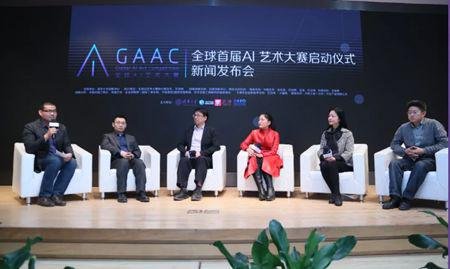 It is reported that products on fine arts, music, literature and designated brands for the 1st GAAC will be solicited from March to September, 2018 and reviewed in this September, following which the award ceremony serial activities and an auction will be held in Beijing in late October and November, respectively. In addition, the first tour for award-winning works will be launched in Beijing and Shanghai in this December. Global AI Art Competition（GAAC)

With the rapid rise and development of AI and its applications globally and in order to better implement the national strategy of AI and promote its application in the art industry, the Art & Technology Innovation Center and Art & Science Research Center of Tsinghua University launched GAAC in conjunction with Innoangel Fund and Yiping Network, with the aim of creating a brand new AI art field through the cross-border integration of AI and artistic creation, thereby tapping the values of the AI art industry.

GAAC will be open to products, which may cover such fields as fine arts, music and literary, from global relevant companies and academic institutions engaged in AI and AI art creation, and the products will be evaluated and rewarded by well-known experts and scholars from the industry. GAAC makes its debut in 2018, and it will be held once a year in the future. 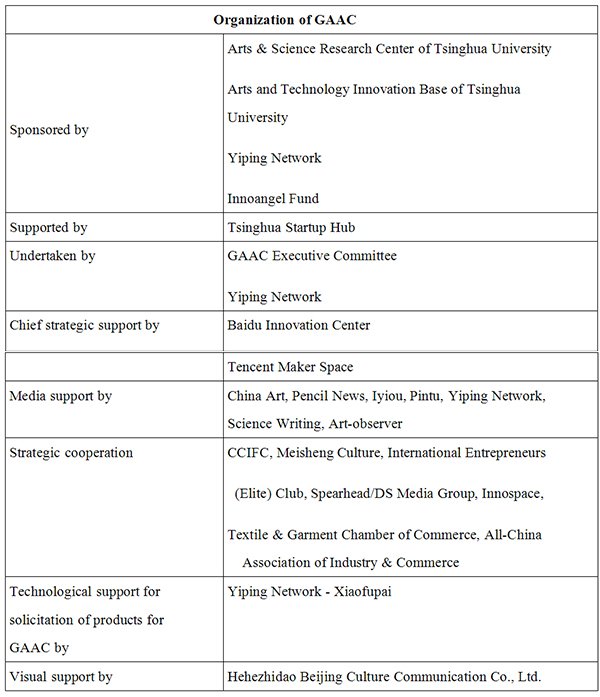