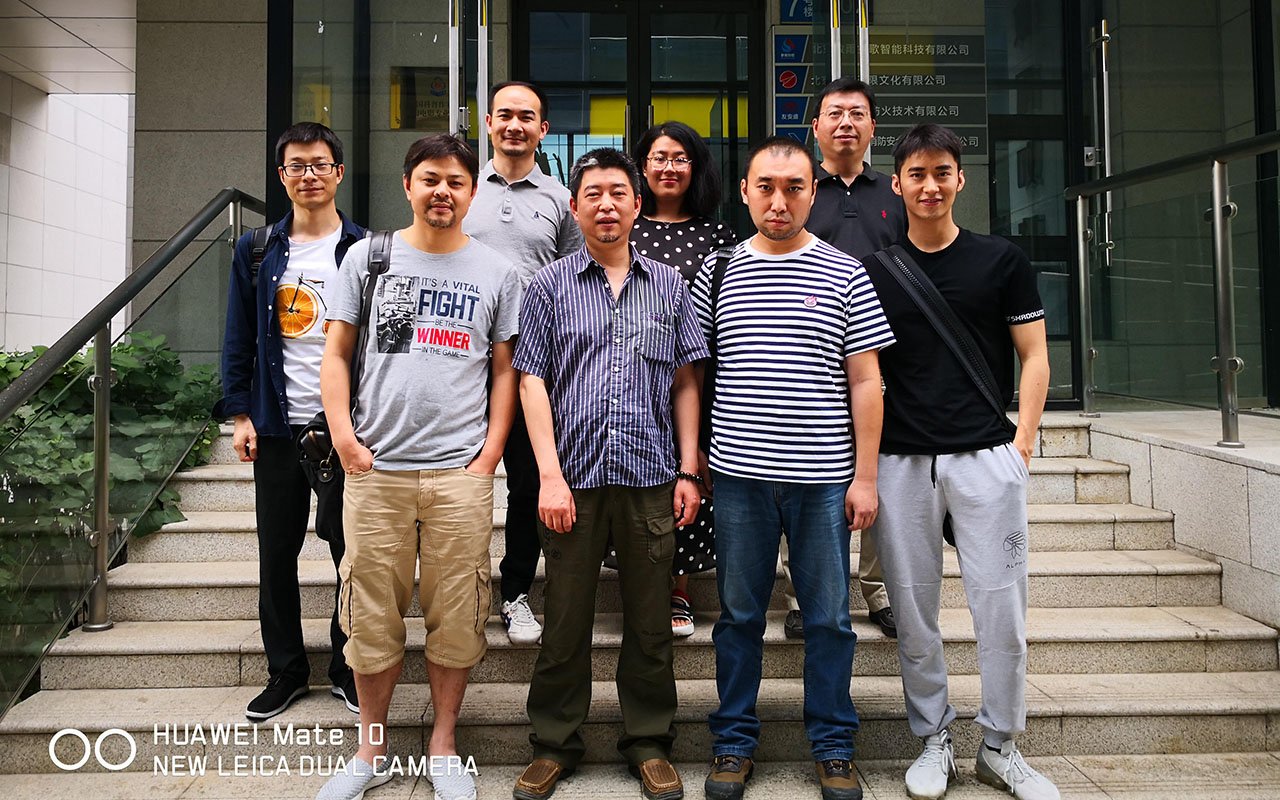 Given the current state of China's science fiction film industry, science fiction projects that do not rely on heavy industrial production techniques such as special effects will be a new direction. All the expert guests have fully discussed the above topics and the trend of the industry, and the results have been very constructive.

Black mirror is a popular science fiction series in recent years. Each episode uses a high-concept story to highlight the alienation of technology in the near future for human beings and their way of life. No science fiction film has yet reached its height on the same topic.

Science fiction's "high concept" may keep an audience away, so it's especially important to tell a good story. In 《black mirror》 Christmas special page, there are two key science-fiction Settings: "smart eyes" and "copy of consciousness." In the near future, everyone will be forced to install smart eyes once born, They can record and broadcast everything they see，also can block others; On the other hand, the data of human consciousness can be extracted as a copy of consciousness, which is exactly the same as oneself but can exist independently.

The first part of the story mainly foreshadows the current social situation and the man’s character in the near future. The man works during the day at a company that provides an upgrade service to a smart home system, helping to set up an intelligent system operated by a copy of the customer's consciousness, which is essentially a technology that enslaves the copy of consciousness. The man lives a different life in the evening by intelligent eye remote control a unsocial boy dating, and live synchronization charge to other online audience, but it eventually evolved into a murder. The male protagonist has changed from a love tutor to an indirect participant in a vicious criminal case and faces punishment.

Story 2 tells the emotional tragedy of an ordinary couple against the background of this powerful high-tech intervention in social life. The second male actor and his girlfriend had been living happily ever after, but the girl kept the man away from him when she was pregnant. The boy lived alone for many years with pain, anger and longing for his daughter he had never met, until one day his girlfriend passed away and blocked him from contact, then he found that the child is not his. Impulsively, he accidentally killed his girlfriend's father, turning him from an emotional victim held by powerful technology tools into a murderer.

Story 3 connects the two stories ever told with a Christmas fire conversation. The surprising truth is that the main man was delegated by the policeman to use his own technique of taming copies of consciousness to induce the confession of the second male actor. All these conversations take place between the two men's mental counterparts. the second male actor says nothing in reality and is therefore convicted, leading to the imprisonment of his spiritual counterpart for 1,000 years. While the main man is free again, he is permanently blocked by all because he monitors other people's bad behavior. From then on in his world only Mosaic exists, it’s very cold and ironic.

Taken together, the mode of the drama is actually "painting in the picture". That is, two separate stories are embedded in one main story, and the three stories are unified in the same theme at the end of the film. The finishing touch is at the end.

From the perspective of creation, we can see the "sweet thinking" of the story of black mirror

After thorough discussion, guests of the salon believe that the story is mainly reflected in the following aspects:

Science fiction Sets high concept but deep flowing with simple outcoming, the development of future technology will affect the normal life, work, relationships, and even the way of viewing the world and the change of human life forms. The conflicts caused by the intervention of science and technology in real life will produce many good science fiction ideas. For example, after the popularization of big data technology, almost everyone is under the tracking of data. What will awakened users do? From this point of view, good science fiction ideas may emerge.

The social background of the series of black mirror actually comes from the reflection on technology after the west enters the postmodern society. But Chinese society is different.

Therefore, Chinese audiences will not accept the "black mirror" style of local science fiction movies too much, and too dark value orientation is not in line with current mainstream values.

There is also a trend that is particularly noteworthy for science fiction project creators:

Once the global disaster event happened in the future, it may be culture, especially eastern ideas and values, that will save humanity from destruction. This is increasingly recognized on a wider global scale. The development of science fiction film and television stories should pay attention to the trend of social development and the trend of The Times.

Finally, the most important outcome of this salon is to launch the creation of the science fiction micro drama secret service. The project will focus on how black technology will help shape and maintain new social rules in the future, emphasis on discussing the relationship between artificial intelligence and human independent consciousness.