On October 28, the inaugural meeting of the Ecological Science Writing Committee of China Science Writers Association (hereinafter referred to as the Ecological Committee) & the Science Salon were held in the Cuihu National Urban Wetland Park in Beijing.

Li Jianzhu, Inspector of the Science and Technology Department of the National Forestry and Grassland Administration, Wang Kangyou, Party Secretary and Vice Chairman of CSWA, Li Jianchen, Deputy Director General of the Planning and Development Department of the State Administration of Press, Publication, Radio, Film and Television, Chu Fuxiang, Vice Director of the Chinese Academy of Forestry, and Lin Hang, Director of the Landscaping Bureau of Haidian District, attended the meeting and delivered speeches. In addition, present at the meeting were also Professor Colin Maxwell Finlayson, President of the American Association of Wetland Scientists, nearly 20 members of the Ecological Committee, faculty and students of the Chinese Academy of Forestry, and friends of the press. 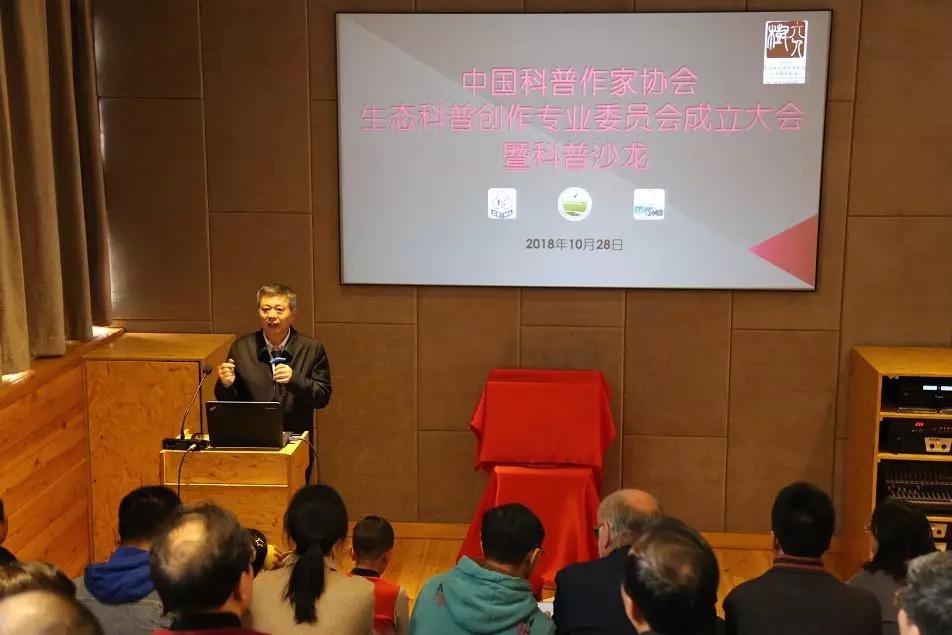 At the inaugural meeting, Wang Kangyou pointed out in his remarks that the establishment of the Ecological Committee was in compliance with the requirements of national ecological civilization construction in this era, representing the gratifying result in building committees of CSWA. He placed high hopes for the development of the Ecological Committee, and expressed that CSWA would provide a strong support for the development of the Committee. 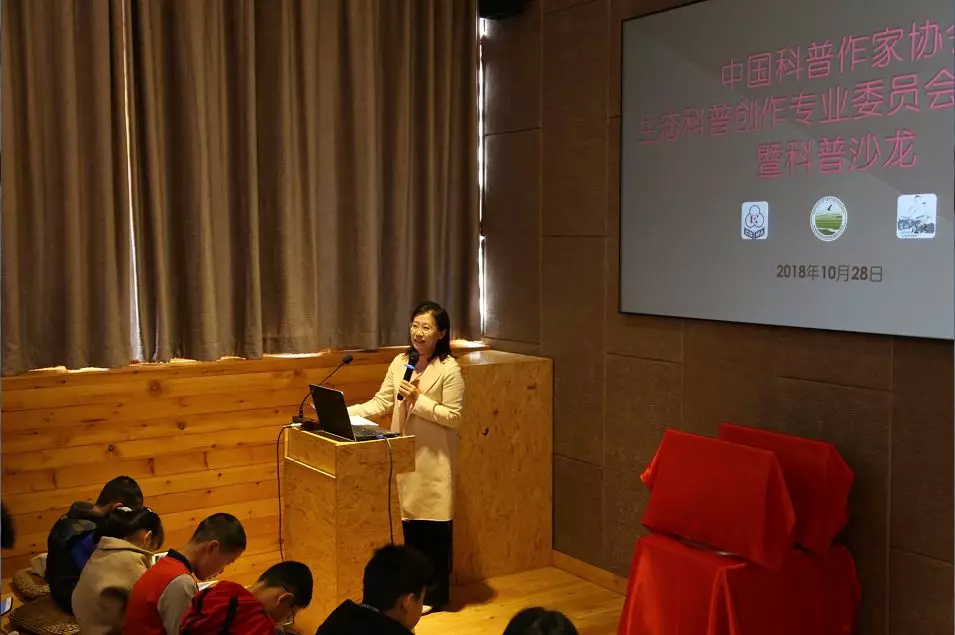 Director of the Institute of Wetland Research, Chinese Academy of Forestry and Vice Chairman of CSWA, was delivering remarks

Cui Lijuan, founder of the Ecological Committee, Director of the Institute of Wetland Research of the Chinese Academy of Forestry and Vice Chairman of CSWA, introduced the process from the brewing of the Ecological Committee to its establishment, and encouraged science writers to delve into writing, hopefully creating eco-science works that would have a profound impact across the country, such as Silent Spring and the Records about Insects.

Ms. Lei Yinru, Secretary-General of the Committee, read a proposal entitled Promote Ecological Protection and Build Ecological Civilization, calling on everyone to lead the trend of thoughts and engage in writing, thus contributing to the prosperity and development of eco-science. 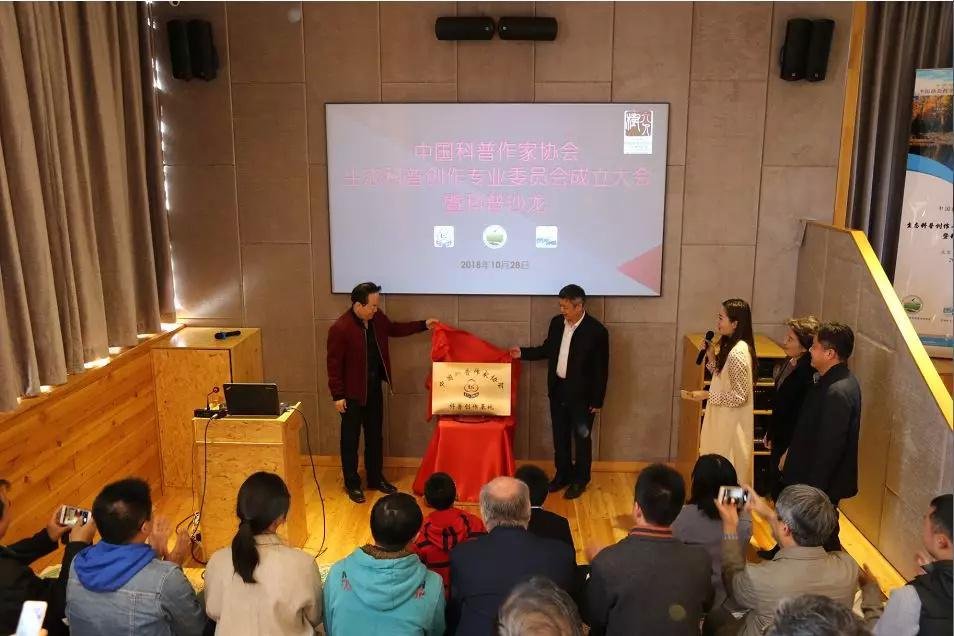 Li Jianchen and Wang Kangyou also held the unveiling ceremony for the Cuihu Wetland as the “Science Writing Base of CSWA”. 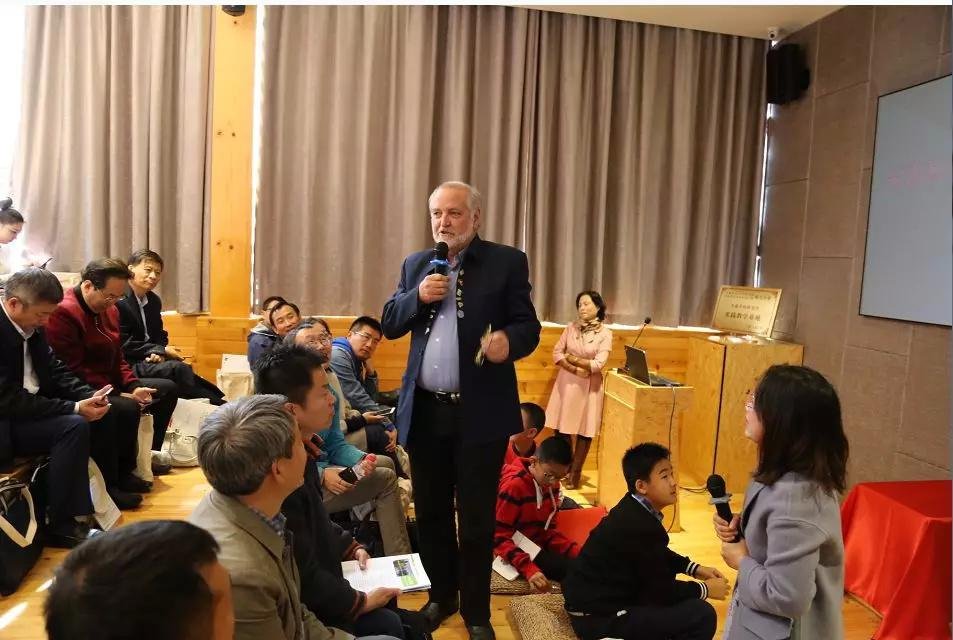 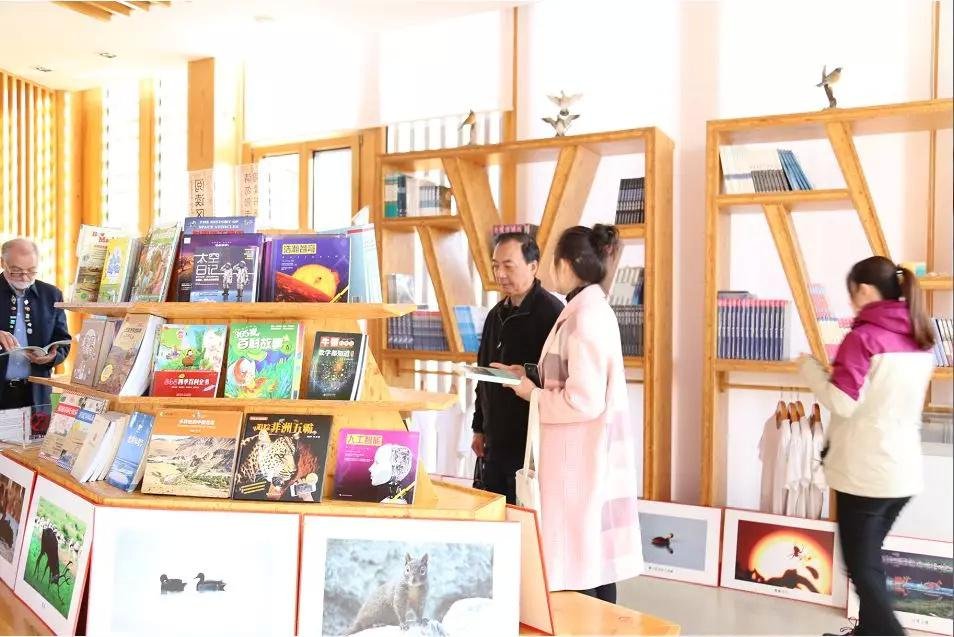 In the mean time, a small eco-science exhibition was held, exhibiting the works of some representative members of the Committee. In addition, Wetland Beijing, Get to Know Wetland, Stories of Birds and Beasts, 100 kinds of tails or 1,000 leaves, Haicuotu Notes and many other books and eco-science photography works were on display. 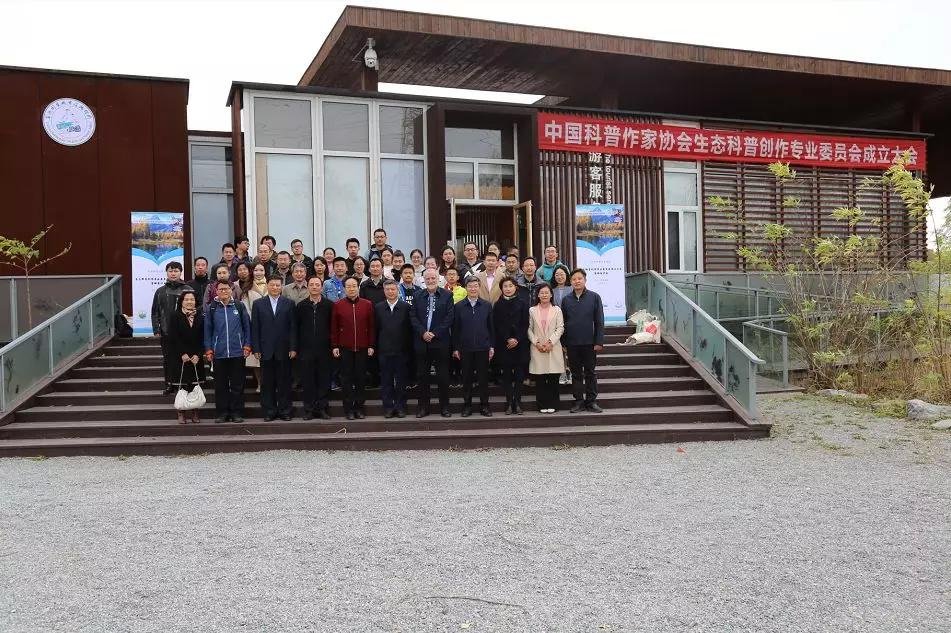 Attendees were posing for a photo

The newly established Ecological Committee, with the Institute of Wetland Research of the Chinese Academy of Forestry as the support, focuses on major ecological issues arising from the global socio-economic development. By organizing ecologically related science writing and publicity activities, the Committee seeks to drive forward the eco-science undertaking, and build a platform for exchanges, cooperation and information sharing for ecology researchers, ecological science writers, policy makers and managers as well as the general public interested in ecology across China.