On November 4, 2018, the Annual Meeting of the Marine Science Committee (hereinafter referred to as the Committee) of the China of Science Writers Association (CSWA) for 2018 & the Theme Salon on Exploring the Secrets of the Deep Sea in Support of Marine Science Writing was held at the Ocean University of China. A total of 80 attendees were present, including Gai Guangsheng, Vice President and Secretary-general of the Pacific Society of China, Ma Deyi, Director of the First Institute of Oceanography, SOA, Zhu Dezhou, Deputy Director of North China Sea Branch of State Oceanic Administration, Ma Laiping, Provincial Government Counselor & Chairman of Shandong Science Writing Association, Xu Bing, Vice Chairman of Qingdao Association for Science and Technology, Sha Jinfei, Executive Director of CSWA & Chairman of the Organizing Committee, Xin Hualong, Representative of the 9th National Congress of China Association for Science and Technology, member of the Standing Committee of Shandong Association for Science and Technology and Chairman of Yinhai Education Group, Qi Jiguang, Director of the Qingdao Science and Technology Museum, and representatives from Shandong Science Writing Association, Qingdao Marine Research Institutes, Qingdao Shell Museum, Yinhai School affiliated to Ocean University of China and Ocean University of China. The annual meeting was chaired by Yang Limin, Secretary-general of the Committee & Director of the China Ocean University Press, and the Salon by Li Xinzheng, Researcher at the Institute of Oceanology, Chinese Academy of Sciences. 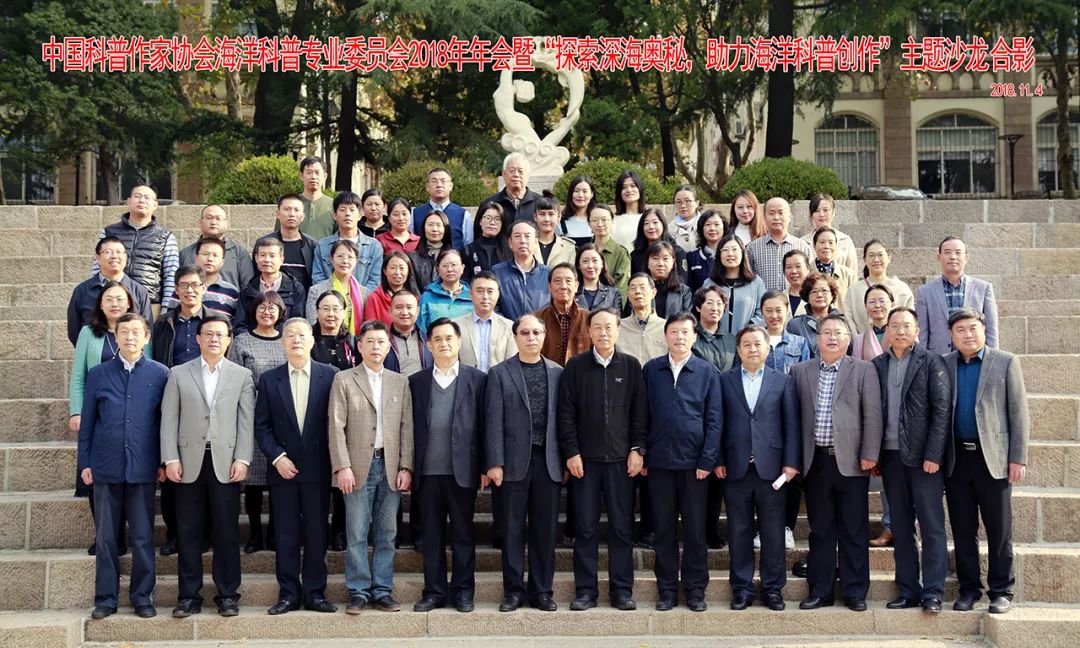 During the annual meeting, Li Xicong, Deputy Secretary-general of the Committee and Deputy Editor-in-chief of the China Ocean University Press, delivered the annual work report for 2018 on behalf of the Committee, summing up the achievements that the Committee has scored since 2018: it has organized the publication of a total of 11 books on marine science; Maritime Silk Road has been enrolled in the Outstanding Chinese Science Books and Original Works for Children lists for 2018; in the 1st Shandong Science Writing Competition for 2018, China Ocean Symbols (Serial), Boy on Dragon Fish, Send Shells Home, Hermit Crab “the Old Scavenger”, Stories of Water Bears, Dolphin in Search of the Sea, and Confessions of a Wohuaque, etc. have won the first prizes, and Science Books on a Bite of Ocean (Serial), Amazing Shells, and Scientific Mysteries inside Shells, etc. the second prizes; and Ocean University of China has won the Excellent Organizational Unit Award.

Gai Guangsheng, Vice Chairman of the Committee, Zhao Jinping, Professor of the School of Marine Environment of Ocean University of China, and Li Xinzheng, Researcher at the Institute of Oceanology, Chinese Academy of Sciences, delivered reports on the geographical environment and tourism resources of Xisha, scientific expeditions in the polar regions and deep sea surveys, respectively. Moreover, Professor Lu Rude from the PLA Dalian Naval Academy and the famous science writer Xia Zi spoke on marine science education and writing, respectively. 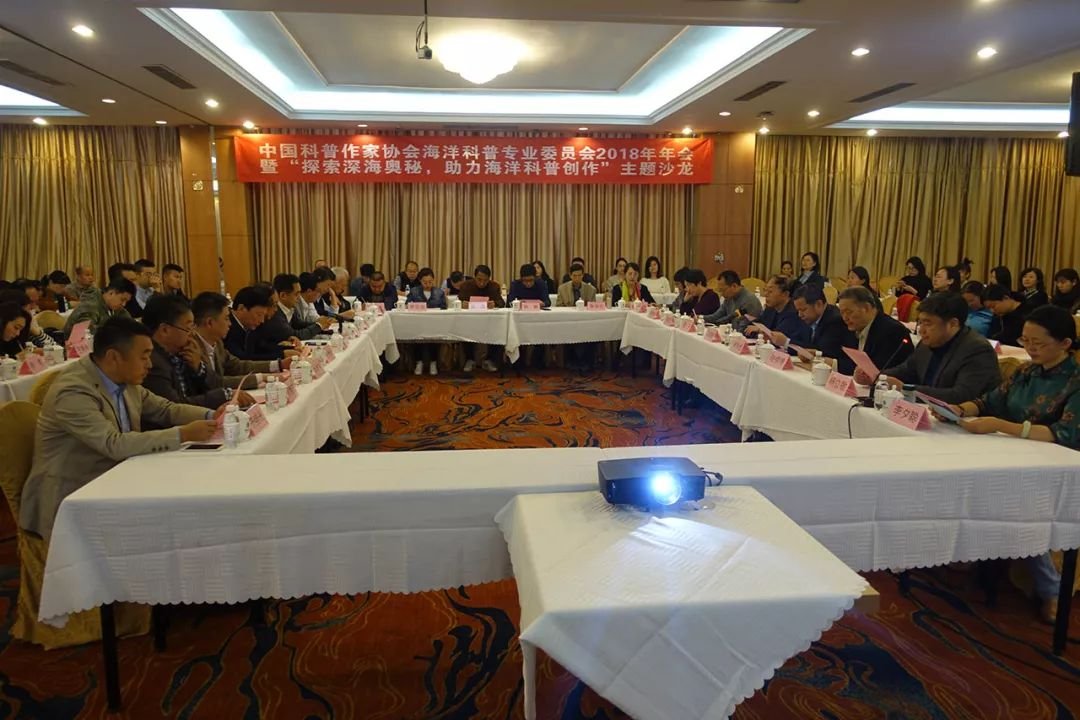 During the Salon, Mr. Li Xinzheng had an extensive and in-depth discussion with the attendees over scientific investigations into the deep sea, and proposed some suggestions on marine science writing. The lecturers were engaged in frequent interactions with the attendees, which yielded good repercussions.

Gai Guangsheng, Deputy Director of the Committee of CSWA, expressed in his speech his affirmation of the work of the Committee in 2018, and highly appreciated the academic reports from the experts. He hoped that the Committee would continue to strive to bring together the resources from all walks of life, popularize marine knowledge and enhance marine awareness among the public.