On the evening of November 8, 2018 (U.S. local time), Liu Cixin, a Chinese science fiction writer & member of CSWA, was awarded Imagination in Service to Society by the Arthur C. Clarke Foundation in Washington, U.S., in recognition of his contribution to the field of science fiction writing.

The Arthur C. Clarke Foundation, established in the name of Arthur C. Clarke, the late famous British science fiction writer & author of 2001: A Space Odyssey, has under itself a number of awards, e.g., Lifetime Achievement Award, Innovator Award, and Imagination in Service to Society, for creative thinkers, scientists, writers, technical experts, business leaders and innovators. In 2012, Imagination in Service to Society was first established, for which the winners included American science fiction writers Ursula Leguin, Larry Niven and Kim Stanley Robinson. 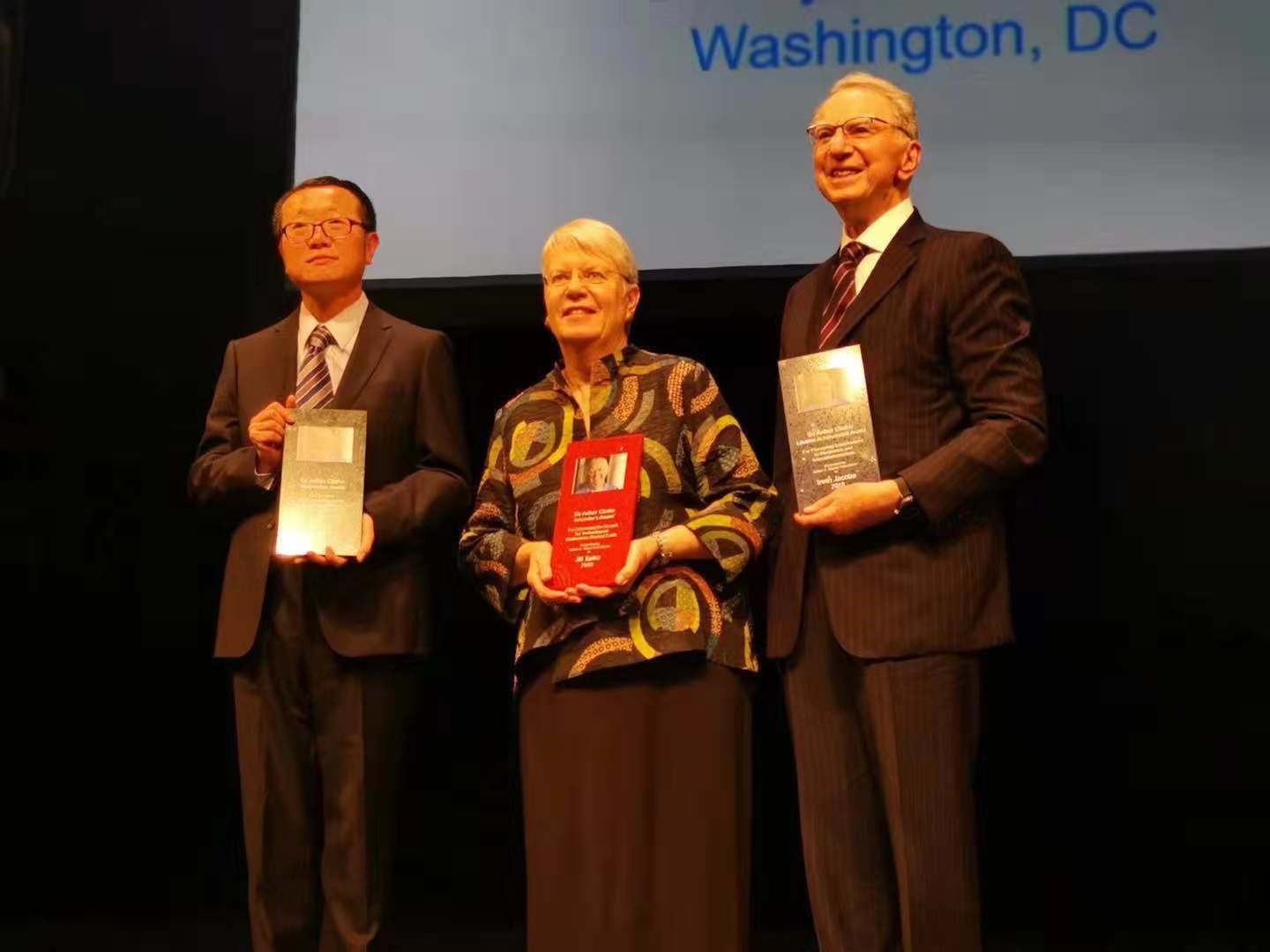 In his speech, Liu Cixin has pointed out that Clarke, one of the first few batches of western science fiction writers introduced into China, has an important influence on his science fiction writing. The magnificent imaginations of the space created by Clarke will and should not be overwhelmed by the narrowness and introversion of cyberpunk, and the vastness and depth of his imaginations will bring about a permanent impact on science fiction literature and even humanity. 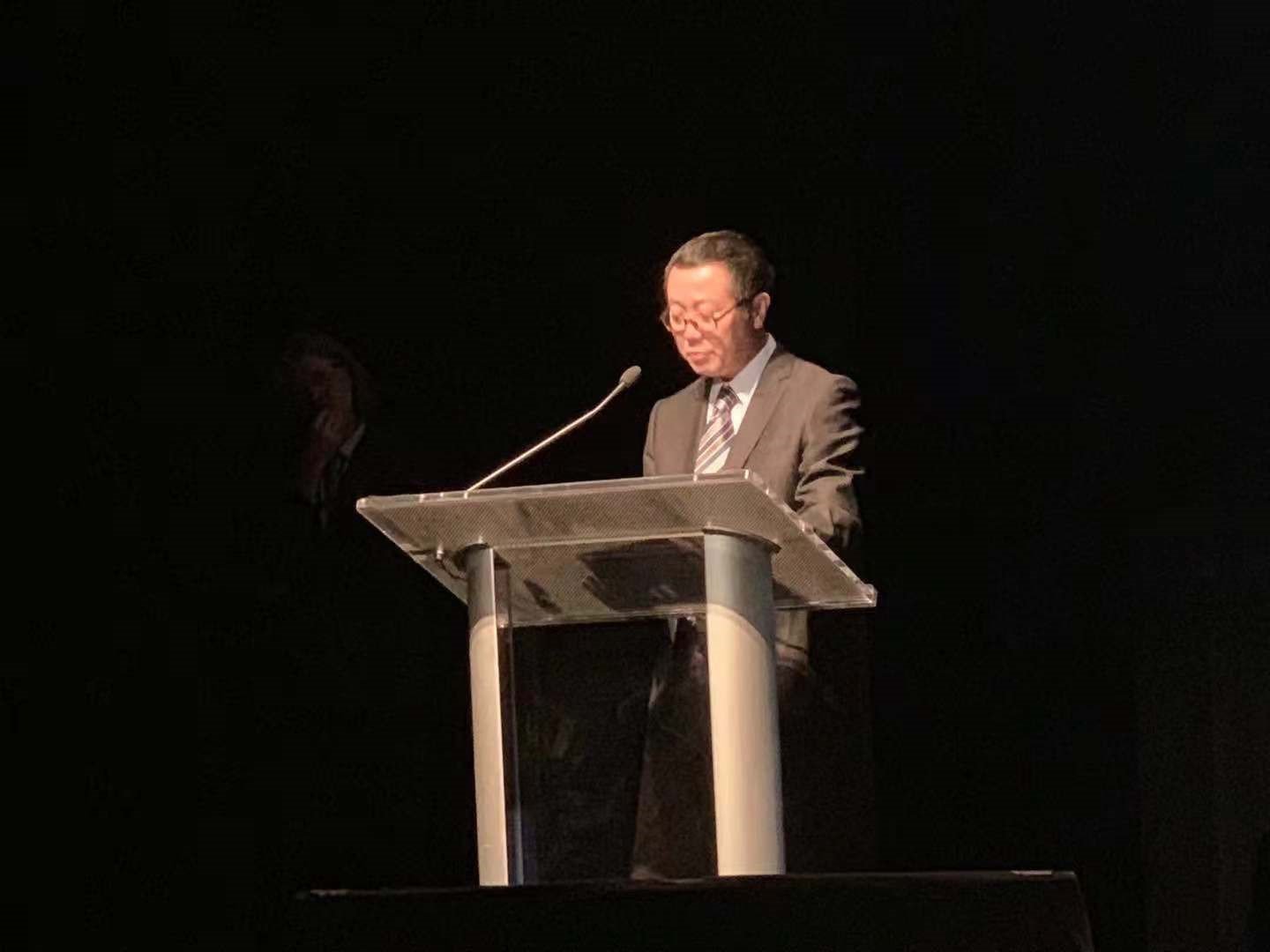 After Liu Cixin won the Hugo Award in 2015, his works have been receiving wide attention from all walks of life. Micro Era was selected for the reading comprehension section of the 2018 Gaokao (National Volume III), prior to which Bringing with Her Eyes was also selected for the new edition of Chinese textbook (PEP), and the film adapted from Wandering About the Earth by Liu Cixin will hit the screen on the first day of the lunar Chinese new year. 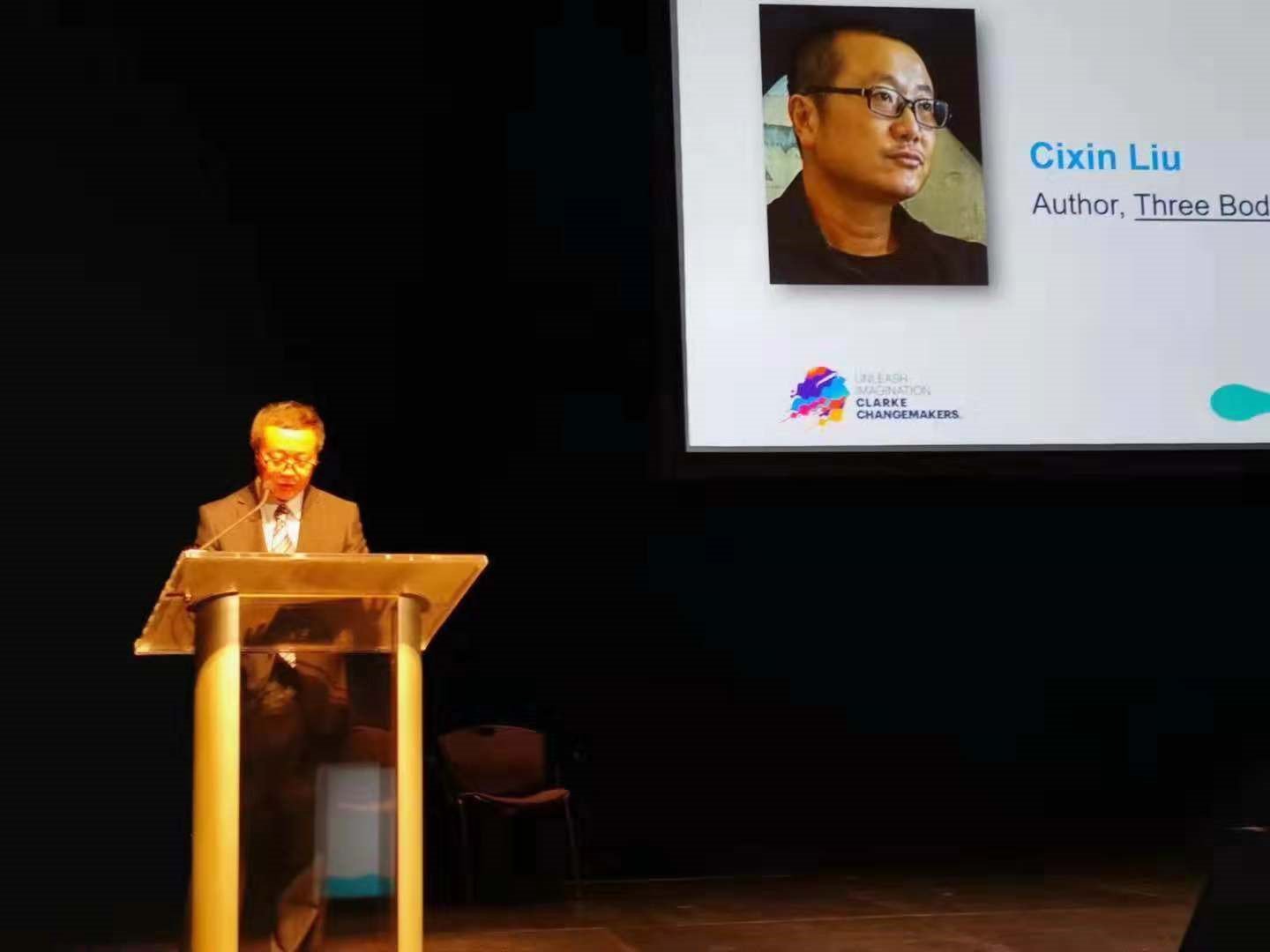 Appreciation of Choicest Science Fiction Novels by Liu Cixin, Pioneer of Chinese Science Fiction, deliverable of the Project Appreciation of Science Fiction Novels by Liu Cixin funded by China Research Institute for Science Popularization and CSWA, has recently been published by Popular Science Press, providing an-depth interpretation of Liu Cixin’s works in the first-ever form of Works + Professional Appreciation. As Shi Zhanjun, Editor-in-chief of People’s Literature, has put it, this book is an active dialogue field involving both commenters who speak to the writer’s works and more people looking for evidence in reading and who can’t help but refute. This is because the more far-reaching works are and the more people are concerned about works, the larger the number of readers and the more the inquiries there will be. 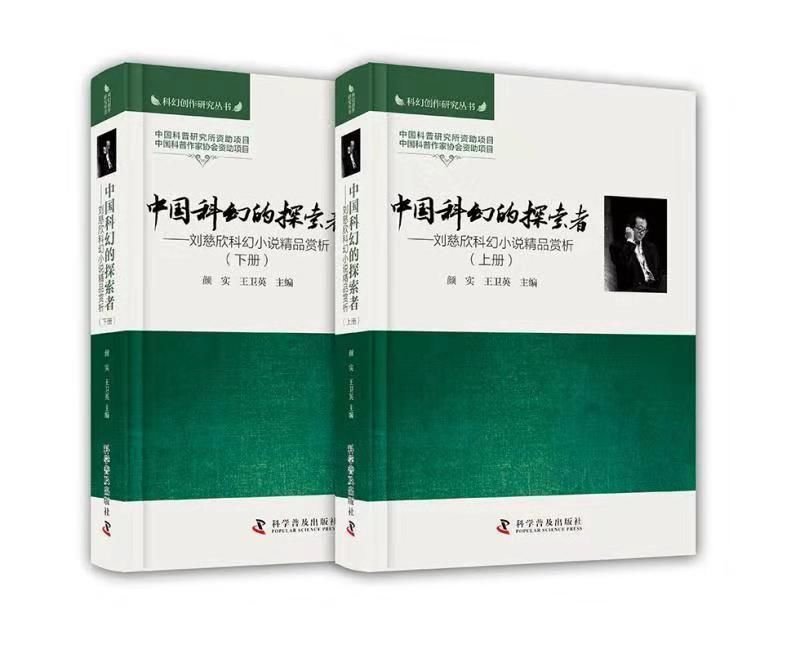 Liu Cixin’s Clarke Award, as Shi Zhanjun has commented, is a further testament to the great literary texture of Chinese science fiction writing: between science and humanity, bottom and top, and history and future. The endless mysteries and infinite possibilities may permeate the vast reality, while only science fiction novels can, in such a super-imaginary and painstaking manner, sympathize with the embarrassed humans who thirst for communication, making them a dynamic component awake in the pure literature that tends to sleep. Our respectable and lovely science fiction writers, together with contemporary science fiction literature researchers, are creating new pioneering poetics from serious literature.

The “Liu Cixin phenomenon” is, undoubtedly, a certain representation of the current era. Just as Liu Cixin has pointed out in his speech, China is a country with a futuristic sense. The future may be full of challenges and crises; however, it has never been as appealing as it is. This provides science fiction with a fertile soil so that it has received unprecedented attention.