The national conference for commending advanced collectives and individuals of retired cadres was held in Beijing on Dec.16. A total of 150 advanced collectives of retired cadres and 450 advanced individuals were commended, of whom Ms Wang Mailin, a former member of the CPC Committee and honorary chair of the China Science Writers Association (CSWA), won the honorary tile of National Advanced Retired Cadre Individual.

Ms Mailin is an exemplary intellectual showing concern for the country and the people, an outstanding model dedicated to science and fulfilling her mission, and also the sole representative of the China Association for Science and Technology to win the honorary tile of advanced individual. In the 1930s and 1940s, a perilous period for both China and the Chinese nation, Ms Mailin firmly pursued truth and devoted herself to the revolution and the country. After the founding of the New China, she continued to serve the people on the front of science. In 1979, the China Popular Science Creation Association was established (renamed CSWA subsequently). Ms Mailin served as the first secretary-general of the CSWA, and made an important contribution to the healthy and prosperous development of popular science creation. Making light of fame and fortune, Ms Mailin values career the most. In 2012, her husband and she donated their savings worth 1 million to the CSWA to set up the science and literature creation award fund. Elder yet ambitious, she has been, since the 19th CPC National Congress, studying and following Xi Jinping’s thoughts of socialism with Chinese characteristics in the new era, and serving as a bridge in promoting the development of popular science, a full testament to the spiritual outlook of retired cadres in the new era. 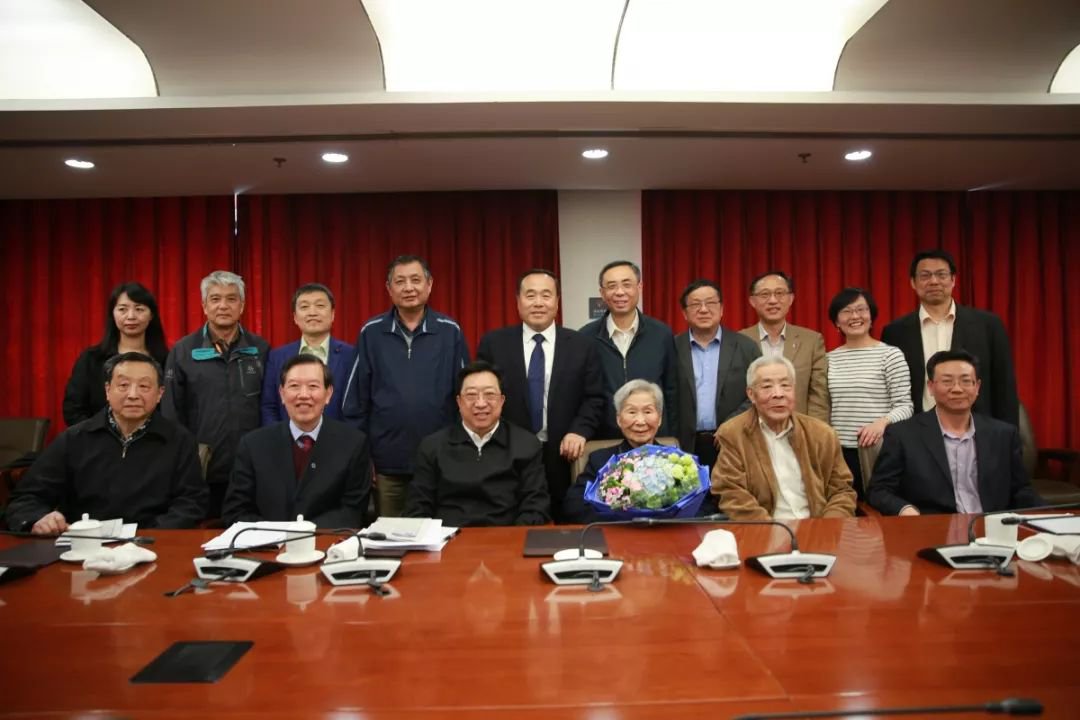 CSWA hosted the Wang Mailin Symposium on Science, Literature and Art Creation in Beijing on April 18, 2019 (Ms Mailin, 3rd from the right in the front row).

Against the backdrop of themed education on “Remain true to our original aspiration and keep our mission firmly in mind”, the Organization Department of the CPC Central Committee initiated this honor awarding work with the intention of commending the advanced and upholding righteousness, which fully reflects the great importance that the Committee is attaching to the work related to veteran cadres and its care for the retired cadres as well as the Party and the people’s full affirmation of the historical contributions of veteran comrades.

Ambitious Ms Mailin is dedicated to pursuing truth and serving the society and popular science, which is the constant source of inspirations for members of the CSWA, and she has set herself, a popular science worker, as an outstanding example shouldering social responsibility. Her moral ethics of selfless dedication and scientific, rigorous and diligent attitude towards her work are worth inheritance and carrying forward by science researchers and popular science creators. CSWA will, as it has always been, following and carrying forward Ms Mailin’s spirit of caring for popular science and the people and selfless dedication in its development and specific work, and unite and lead the members in playing a bigger role in the great journey of realizing the Chinese dream.